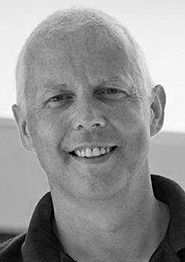 Ian Wilson has been honoured with a Certificate of Merit in the BDA’s recent round of Honours and Awards, for his impressive contribution to improving dental care in developing countries.

Ian has been a GDP since 1987, working as an associate in several practices. Since 1990 he has been involved in dental volunteering programmes in developing countries and he founded the charity Bridge2Aid in 2002, and the Hope Dental Centre in Mwanza, Tanzania in 2004.

His overseas voluntary work includes delivering basic dental services and training to people in Tanzania, which led to the development of the charity, Bridge2Aid.

Seeing a lack of provision, particularly for those in remote rural areas in Tanzania, Ian recognised the need to train rural health workers in Tanzania to deliver treatment, rather than relying on overseas dentists to fill the gap, and saving people having to travel long distances to access treatment at district hospitals.

The Bridge2Aid programme includes sending volunteer dentists from the UK to work in Tanzania to support, mentor and train local dentists to deliver clinical treatment, and also to provide leadership skills for local healthcare professionals.

A passionate advocate for developing dental provision for people in Tanzania, Ian has been a regular contributor at the annual British Dental Conference and Exhibition, helping to bring together dental charities and speaking about volunteering.

Ian has spoken at the FDI World Dental Federation’s annual conference on the topic of developing oral care in developing countries, showcasing the work the Bridge2Aid charity has undertaken.

He is also involved in the UK at a local level with BDA Branches and Sections, attending meetings to talk about his experience and encouraging dentists to volunteer. He has worked with the BDA to develop volunteering guidelines for those wishing to undertake volunteer work overseas.

Ian is also a supporter of Dentaid’s programme in the UK, working with vulnerable patients and has volunteered on their mobile dental unit, as well as working at Dentaid’s Dewsbury Dental Practice.

In nominating him, Barry Devonald, Past President of the BDA Eastern Counties Branch said:

“Through his foresight, enthusiasm and dedication, Ian has brought together the best elements of UK dentistry and taken them to a developing country, to help improve the lives for millions of dental patients.

“His contribution is truly impressive, his personal commitment in setting up Bridge2Aid is remarkable and it’s only through his tireless hard work, ability to inspire others, and his generous nature, that the charity has been so successful and continues to thrive today.”

This press release originally appeared on the BDA website